It is quite common that, at some point in my classes on applied ethics, one of my students will ask, “What exactly is morality?” The question is a good one because, regardless of the different theories and metatheories of morality, morality itself needs to be defined, even if provisionally. It seems that morality is a parameter for judging human action based upon a series of ideals of good and right behavior. For example, moral emotions such as pity, compassion, anger, and shame, among others, are evaluative responses based upon beliefs regarding what is good/right and bad/wrong. These beliefs are informed by categories that are part of the human conceptual system, and whose meaning is expanded or reduced according to the context.

Interestingly, it is possible to apply moral judgements using categories that are not usually identified as strictly “moral”. For instance, one can say “that (action) is ugly”, making use of a non-moral category that serves to convey a moral content. Hence, the path of defining morality by appealing to concepts that are purely “moral” is a dead end. Since practically any concept can acquire a moral connotation, then how to define morality?

I would like to offer a hint. Some linguists, working with Arawak communities of the Northern Amazon, have studied the way in which speakers of these languages use a 4th person within the system of pronouns, similar to some European forms such as the English one, or the German man (See Rowan & Burgess, 1979; Aikhenvald, 2010). These findings allow us to suppose that this abstract impersonal term within the person system is not only a specific grammatical construction, but also a semantic category conveying the meaning of a universal (i.e., all persons included) common point of view. 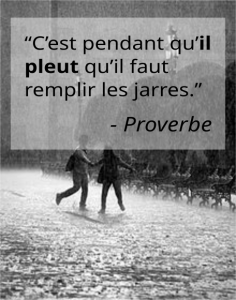 Our everyday life is replete with examples in which social and moral obligations are linked to the impersonal semantic category of the fourth person. For example, the current mandate Wear a mask in public space, the warning Mind the gap on the subway rails, or the taboo Forbidden touch in the museums. In each of those cases the fourth person applies to all people regardless of age, gender, religion, ethnicity, or any other conventional attribute.

The fourth person is a semantic parameter that is present in all cases of moral categorization and evaluation. Moral beliefs are assumptions about goodness and rightness that apply to everyone equally. Offer your seat to anyone in need is an impersonal moral command, whose only difference with “mind the gap” is that the notions of care and benevolence are focused on the weakest or needy. Perhaps moral evaluations are coded, at the level of cognitive competence, within the schema of the moral fourth person (e.g., in three of the ten Biblical commandments), then, at the level of performance, they are displayed using all the other personal pronouns, especially the second person (present in seven of the ten commandments). 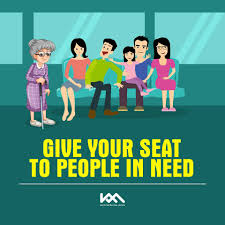 This would explain why most of the moral taboos are thought to apply to everybody through the ideal/universal construction of the fourth person, although they are mostly expressed verbally in the second person using an imperative. Indeed, morality is related to language. Whenever we express a moral command that is addressed to all people without distinctions, we are using the semantic pattern of the fourth person. The moral fourth person is not an impartial spectator because it is not separated from action, there is no splitting of personality, it is a direct/situated participant of action. The moral fourth person does not depend on my imagination, rather it conveys an intersubjective supra-personal mandate.

In short, it seems that the existence of impersonal pronouns that can be used to express moral imperatives is an interesting clue when it comes to understanding the human moral capacity. However, the key to defining morality lies in the cognitive role of the moral beliefs. It is not difficult to imagine an ideal fourth person issuing immoral commands. The fourth person is strictly moral only when its correspondent imperatives demand universal allegiance to the set of moral beliefs and principles. 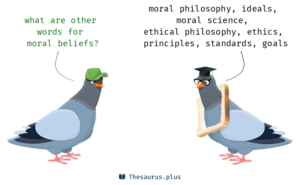