On the 8th of April 2021, Professor Nadia Rodríguez directed a conference on language, communication, emotional intelligence, and morality, where the role of grammar and semantics on moral cognition was discussed. After reading the blog entry by Professor Ariel James on morality and language, I was inspired to contribute to the debate on this topic.

Adam Smith is known for his theory of division of labour, free market, and radical capitalism. But what most people are unaware of is that he did not consider himself strictly an economist, but rather a moral philosopher. Indeed, he dedicated most of his life to his book The Theory of Moral Sentiments, a framework that explain morality through the lens of social behaviour and psychology, as opposed to reason.

Adam Smith believed that morality comes from our social nature, our innate sympathy. When we see people happy or sad, we feel happy or sad too. We do not like when others do things we disapprove of and we like when we get praise from others. Not only do we want to receive praise, but we also want to be regarded as praiseworthy. As Adam Smith puts it: “Man naturally desires, not only to be loved but to be lovely.” 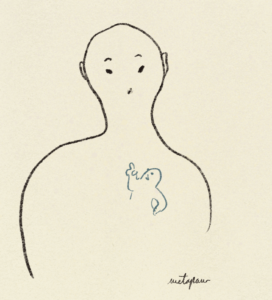 If we want to feel what others feel, but we can only know our own experience, we need imagination to understand how others are feeling. Through the repeated act of imagining the feelings and opinions of others, we tend to create an imaginary and impartial spectator in our minds that represent the feelings of all of them but is at the same time detached from specific and personal emotions. The impartial spectator knows what is worthy of praise and is our main guidance in moral decision-making.

Whether there is a splitting of the self, and humans are divided between a selfish ego and a moral impartial spectator, is disputed. Some authors argue the impartial spectator is a third person within ourselves. I believe what Adam Smith suggests is that we all know within ourselves how anyone should behave ideally. When expressed verbally, that knowledge transforms into moral rules formulated in a passive voice or third person. This person is meant to represent an impartial and abstract individual, regardless of the specific characteristics.

That is the case of Indo-European languages. However, other languages have different grammatical tools, perhaps clearer, to address this abstract persona. As Professor Ariel James explained in his blog entry, this persona can be categorized as a fourth person. Indeed, as he mentions, the Arawak language considers a grammatical fourth person. 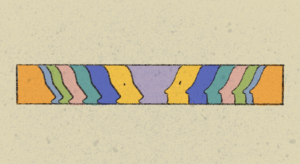 In a similar way, languages of Uralic roots, like Finnish and Estonian, usually phrase moral rules in zero person. These sentences would be translated into English using the pronouns “one” or “you”. In her article, Lea Laitinen, explains the zero person a “crystallization of human experience”. She believes the zero-person construction leaves a symbolic open space for anyone to enter as a subject and, thus, creates a more subjective perspective on the experience than explicit personal pronouns.

Be it third or zero person, we can recognize the use of a universal person in language. There is an implicit sematic meaning that reveals a connection between morality and human universality. It could make sense that we use a grammatical person that represents all individuals. Given the same conditions, how moral could be a rule that only applies to some of us?

Of course, reality is not that simple, and it takes more than talking in fourth person to express truly fair statements. But perhaps it is an insight into how we shape our moral beliefs and ultimately communicate them to others.