Is English the only possible lingua franca for science nowadays? Is it worth publishing “hard science” in other languages? Does the language used in a scientific paper condition the quality of the thought and reasoning processes that underpin it? These are just some of the questions posed at a recent conference held at the University of Geneva and organized by the Working Group on Language and Science of the European Language Council (ELC). The Department of Translation, Interpreting and Multilingual Communication at Comillas is actively involved in this ELC Working Group and was present at this conference, which also served to establish the bases for collaboration in a European research project on this topic which will attempt to analyse the current relationship between science and multilingualism in Europe and further afield. 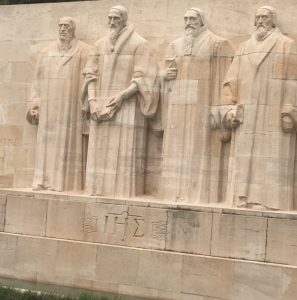 The current consensus among the scientific community is that cutting-edge research in the “hard sciences”’ (i.e. that which is meant to be shared with fellow specialists in one’s own field) has to be published in English in order for it to reach and influence as many people as possible. However, other languages are considered more appropriate for the general dissemination of this information among the non-specialist public as well in publications in the so-called “soft sciences”.

The very terms “hard” and “soft” in relation to sciences are also rather controversial as the former (e.g. biomedicine, physics, chemistry, etc) are usually considered to be more rigorous and objective and the latter (essentially the social sciences or humanities) are sometimes accused of being “pseudo-science” as they are not normally based on objectively falsifiable evidence. Although this controversy shows no sign of abating, the key issue for translators and interpreters revolves around the role of language(s) in any of these sciences, whether or not we consider them to be “hard” or “soft”.

In this respect, the aforementioned research project will aim to address some of the following fundamental questions: is it really obligatory to publish scientific research in English nowadays? What is the role in science of other languages such as Spanish, French or German? What pressures and/or incentives are involved in the decision to publish in English or in the author’s mother tongue? With the current uncertainty regarding the status of the English language in the European Union, this is a debate that is sure to continue and one which confirms the old adage that heads this text: “Scientia potentia est” i.e. “Knowledge is power”.