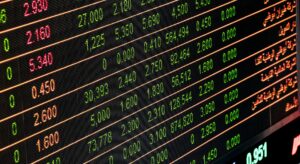 The “bulge bracket” consists of the world’s largest global investment banks, premier banking institutions that serve clients that consist of governments, large corporations, and institutions. They provide both advisory and underwriting services, as well as equity research, sales & trading services, and asset management. Bulge bracket investment banks are often primary dealers of US Treasuries and are known to design some of the most innovative, ground-breaking financial products through continuous research.

They tend to work on the largest deals, usually those above $1 billion USD in size, though they sometimes go lower than that depending on the market. Over time, a split has developed in this group, with the “Top 3” (GS, MS, and JPM) performing better than the rest. The European banks have also moved away from investment banking and toward wealth management and other businesses, which has hurt their prospects.

Why are they called bulge bracket (BB)?

The term “bulge bracket” originates from the order of banks listed on the “tombstone” or prospectus of a deal. The banks are listed in sequential order based on the role they play in the deal, from most important to least important. The font size of the banks at the top are larger and bolder – they “bulge” out.

What’s the opposite of bulge bracket?

Working at a bulge bracket bank

Bulge bracket investment banks are the powerhouses of the financial industry. The investment bankers that push these banks forward work tirelessly, often day and night, to secure whatever it is that their clients ask for. As such, expect to work long hours if choosing to go down this career path. In contrast to working at boutique investment banks, which have more reasonable work hours, you can expect to be more overworked, yet also more highly rewarded in the salary department.

With the nature and pace of the industry, the security of a job in a bulge bracket bank may be considerably less than is the case at a boutique. Workplace evaluations are definitely more competitive, and there is a tough, survival-of-the-fittest mindset within the workplace.

However, when it comes to prestige, the top investment banks reign king. Employment as an investment banker at one of these banks is often among the most sought after jobs, and having had a job title at a bulge bracket bank looks great on your resume and carries some instant credibility and prestige.

How to get into the industry

While there are many investment banks, the list of applicants is extremely long and the competition is fierce. One of the best ways to break into the industry is to do a lot of networking, through events like NIBC (an international investment banking competition and conference).